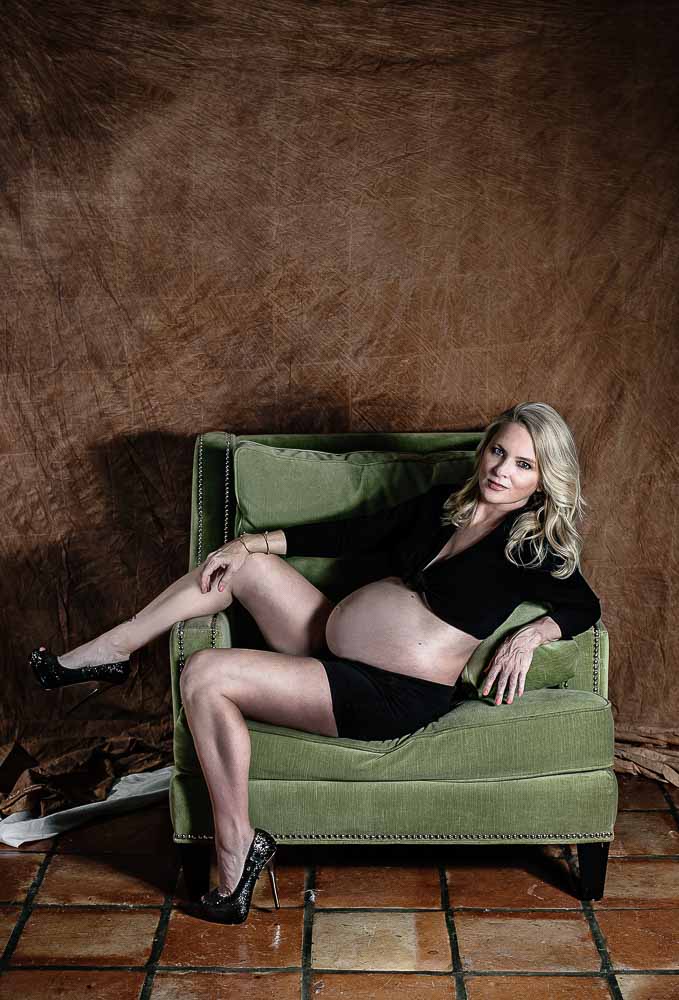 There is this balance I’m facing right now: the juxtapose of nurturing, loving, motherhood while remaining a sexual, sensual woman at the same time.

I’ve always been nurturing, loving, and perfect mother material. In fact, I’d say it’s one of my biggest strengths blessed upon me my entire life and probably the reason behind why so many of my friends and family wondered why I never had kids earlier in life when I was younger. To be honest, I’ve wondered the same thing myself.

Going back, I remember going to Planned Parenthood to take a pregnancy test at the age of 16 right after I had sex for the first time. My sister took me and patiently waited by my side as I held my breath waiting for the results. When the nurse called me back in and told me I was not pregnant, I broke down in tears and cried inconsolably. As hard as it was to admit that it would have been horrible timing to have a child at the young age of 16, it was even harder to accept that my deepest wish to be a mother was not going to be happening at that moment in my life. In fact, I had 24 more years of growing, becoming a whole person, figuring out life, learning, and waiting to see if I’d ever become a mother.

My biggest lesson that I had to learn over those years ahead was to not let my self worth be determined by the men in my life, to hold my own value as an individual, and have the strength to stand up for what was good for me. I ended up marrying my high school sweetheart at the age of 20, that same boy whom I had given my virginity to, and the first and only boy I’d ever kissed. He never wanted to have kids, which meant I didn’t want to have kids. Once I started my wedding photography business, he joined me as second shooter and said we would just have an amazing career together and fill our lives with friends and travel. With that, he sealed the agreement with a vasectomy and my fate with him was decided. After a total of 19 years together, growing a photography business, divorcing, reconciling, rebuilding our photography business, the relationship finally ended for good. We were not to work out in the long run because I was too compliant and focused with what he wanted and completely ignored what I wanted. I had always wanted children and there was just not room for them on that life path.

The next long-term relationship was similar in the sense that I put all my focus and self-worth on a man who was absorbed with himself and career. There were countless long nights with other women, threats of leaving me if I couldn’t deal with it, and pretty disgusting behavior overall. To give him credit, he had made it clear that he never wanted to have kids from the beginning. When our relationship finally ended on bad terms, it didn’t take me long to see how unhealthy the relationship had been and that I really needed to start standing up for myself and owning my happiness.

I got my shit together after that and ended up dating confidently through Match.com. Before I went on my first date, my therapist made me spend months finding and declaring my five core values. She told me that anyone I even was to consider dating must possess at least three, if not all five, of the same core values. Seems easy enough, right? Nope! Every single date I went on I married the guy in my mind within the first 15 minutes. There were so many dates where I overlooked the terrible habits and behaviors of awful men just because I could see one little speck of a good part in them. I recognized what I was doing pretty quickly and ended up typing my five core values on a Note in my iPhone and every single date I went on from then on, I would excuse myself to go to the bathroom within the first 30-60 minutes just to read my list and see if the guy even met two of my core value criteria. If he didn’t, I excused myself fairly quickly and there were no second dates given. In the end, my “List of Five” saved me from continuing down a broken path and made me realize who I was and where my self value belonged.

For those who are curious, my five core values are: kindness, other centeredness, faithfulness, leadership, and resourcefulness. I encourage you to spend time finding out what yours are!

Core values are the fundamental beliefs of a person or organization. The core values are the guiding principles that dictate behavior and action. Core values can help people to know what is right from wrong; they can help companies to determine if they are on the right path and fulfilling their business goals; and they create an unwavering and unchanging guide. There are many different types of core values and many different examples of core values depending upon the context. Read more at http://examples.yourdictionary.com/examples-of-core-values.html

Once I finally met a man who possessed some of the same core values, we fell deeply in care for and in love with each other very, very quickly. I finally knew it was what I deserved. On our third date, he asked me if I wanted to have kids. He was the very first man in my entire 36 years to actually ask me if kids were something that I wanted as a part of life. I know I stared at him with a blank look on my face for quite some time before finding the answer that had been buried deep within my heart for years. “Yes.”

We moved in together the two weeks later, and soon thereafter made the move to Miami to start a family. Saying that moving to his home city was a difficult adjustment is an understatement, but add on the pressure of planning a wedding with a debilitating accident, and it was the perfect storm for my old habits of self worth to rear their head up. It took being single and alone during pregnancy to finally come to terms with and own responsibility for myself.

During the years of dating and also after moving to Miami, I spent a lot of time working on my thoughts and feelings towards my body. Before Miami, I worked through issues of sexual abuse from when I was young and the feelings of hatred and shame of my body from that, to other people’s opinions towards my body and feeling self-conscious and inadequate, and finally the self respect and value towards my body that came to a final chapter of healing after my accident.

The ultimate feeling of being proud of my body, what it’s capable of, and how to carry myself was earned in the early stages of pregnancy. I realized that after all I had put it through, what other’s had put it through, and how it had been broken so badly only a few months previous, my body was strong and beautiful and worthy of love while carrying the weight of my future. Literally. I was a sensual, sexy, woman capable of facing life’s biggest adversities. And I am right damn proud of that.

Pregnant or not, we do not wake up feeling sexy. It’s a state of mind that is learned over time to be self-fulfilled. No one is capable of making us feel sexy or unsexy, the same way no one is capable of putting a value on our self worth. We alone are in charge, and responsible for, our own self worth and feelings towards our own bodies and minds.

And I have to add, you grow a pair of balls when you find out you are pregnant. You call a spade a spade and weed out the bull shit straight away. There are no excuses. Not for yourself or anyone else. Life is real and messy, it’s truthful and raw, and there’s no room for anything else. You are responsible for you. No one else is.

So I choose to remain sexy in motherhood. I choose to be a complete woman: a nurturing mother and sensual being at the same time. 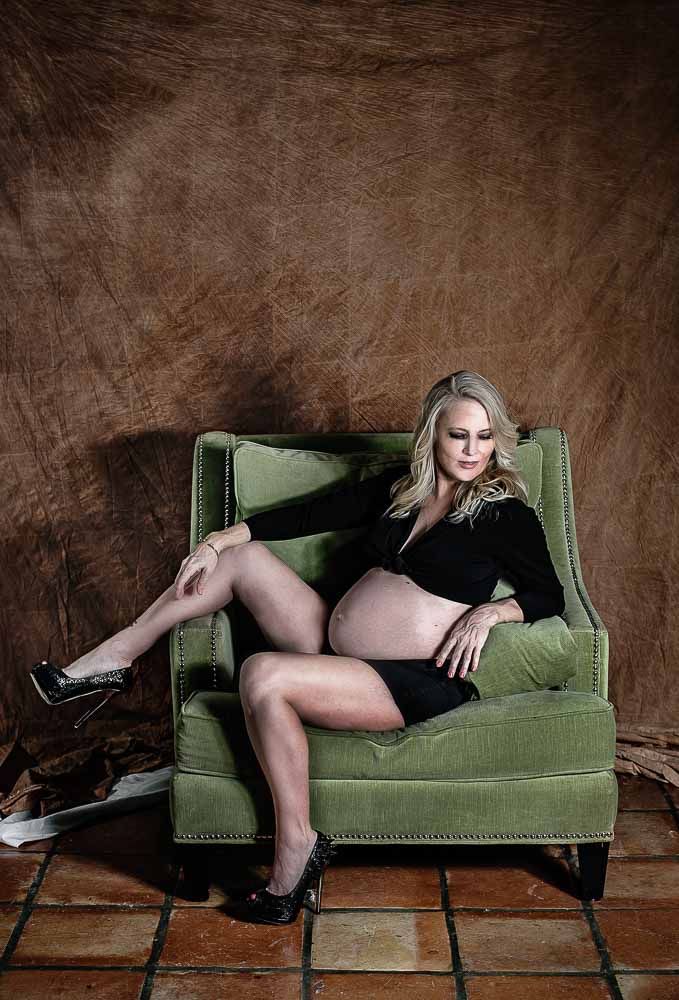 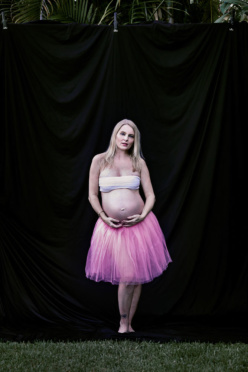 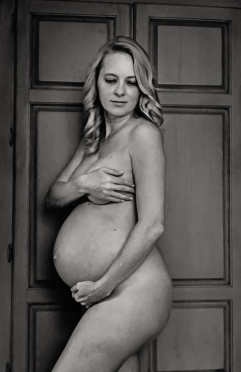 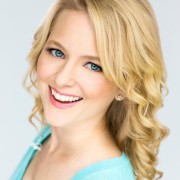 Portrait Photographer, Writer, and Consultant LaRae Lobdell is an environmental portrait photographer, host, and instructor with over 20 years of experience photographing, directing, producing exhibits, and speaking in the photography industry. She focuses on providing artists, actors, models, and companies with lifestyle and conceptual imagery for promotional use and branding. Her approach is very contemporary, her work has a timeless elegance, and she represents the grace, distinction, and style that is possible in photography. Her curriculum vitae includes 21 photography exhibits of her own work, the curation of 15 exhibits for other artists’ and museums, the production of 13 private and community events, and two year’s experience as director of one of Seattle’s largest art walks. Her images have been published in The Huffington Post, Broadway World, Yale University Magazine, Martha Stewart Weddings Magazine, and even aired on the Colbert Report. LaRae’s position as a lead host for online educational giants such as CreativeLive and Polaroid University gave her the unique opportunity as one of an elite group of professionals to connect a live global audience to top renowned professionals in photography, video, design, business, audio, music, software design, productivity, and lifestyle. She brought her network to BLACKRAPID as their Culture Liaison, facilitating close working relationships between influencers and organizations for promotional sales and marketing. Grateful to be a stay-at-home mom while balancing a rewarding career in the photography industry, this proud single mom enjoys a nomadic traveling lifestyle between Seattle and the Florida Keys with her daughter, Emerson.

This site uses Akismet to reduce spam. Learn how your comment data is processed.